For a time, this dynamic may work because the needs of both parties are being met. Givers feel fulfilled because they are needed and takers are getting what they want. It’s all good; until it’s not. This mutual fulfillment is unsustainable long term because the nature of relationships is a give and take. If there is no reciprocation, sooner or later, resentment emerges and the cracks begin to show.

Hang on or Let go?

Once cracks are prevalent, the giver scrambles to fill them by giving more. The taker continues to take what is offered without reciprocation. The giver gives even more and the taker takes even more. Resentment grows to exponential proportions because the giver begins to give with a side of lamentation while the taker takes and rebukes the giver. Like a gambler, the giver may give *even more with hopes and expectations of a large display of reciprocation (or acknowledgement) to no avail until the giver asks themselves, “do I stay or do I go?”

While the answer may seem cut and dry to some, to others, after having had invested so much for so long and still grasping on to the hope that things will come around, it’s not so clear. Then they find themselves on a toxic hamster wheel heading nowhere fast.

Nothing is worth holding onto if only one party making the effort. A relationship cannot be carried by one person alone. It’s important to be brutally honest about the situation at hand and if there is no benefit and the only outcome is frustration and pain, it letting go may be the only way to hang onto oneself.

We’ve all heard the saying, “it’s water under the bridge” and we’ve all seen relationships get tested in a way that it is no longer functional or sustainable as is. Some relationships pivot, mend, and rebuild. Others fold because there is just “too much water to build the bridge.”

Emotions, like water are very fluid. They are essential to our vitality. They replenish us and are meant to flow freely. If we contain emotions like water, eventually it can be damaging to us and our surroundings. We see this in nature…. with floods and how they cause devastation through damn breaches and levees, etc.

Too much water is a clear indication of an accumulation of emotions gone on unexpressed and unable to flow. There was blockage which can ultimately cause a serious break down in relationships and sometimes, our own bodies. Nothing good can come from that. It is important not to let too many things slide because once water goes beyond a certain threshold, it may cause devastation so great, it may seem beyond repair. Please note: beyond repair is not necessarily irreparable. It would just take a lot of work and the willpower of parties involved or else, rinse and repeat.

Holding everything inside for a peaceful environment or fear of conflict is like taking out an expensive spiritual payday loan because the cost is usually personal peace, mental health, physical health and suffering.

If a relationship is strained, where at least one party is emotionally charged, perhaps there is an emotional flood there; and instead of suffering to keep the pseudo peace, saying something and bailing out some of that emotional water can keep things afloat. If we suffer in silence, then all the water begins to accumulate until it is has no where to go and when it starts spilling everywhere; it can be sudden, calamitous, or appear as though the catalyst was blown out of proportion – when in truth, there just happens to be too much water. Preventive actions always cost much less than trying to address or treat a situation that has reached critical mass where these is nowhere for the emotional water to go. It’s better to speak up and be uncomfortable for a moment rather than be pseudo peaceful and suffer indefinitely. 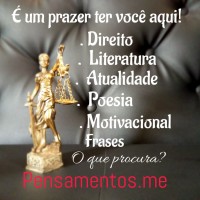 My Tweets
Centre for Emotional Education

A blog full of tips, inspiration and freebies!

A community for writers & readers

When you are young , your thoughts are younger.

A His and Hers Travel and Lifestyle Blog